Little by Little, to Catch the Rain 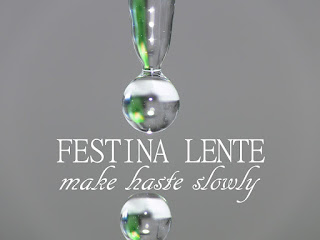 How do you catch the rain?

It is not a trick question.  It is not something only the wise know.  Even a child could tell you.  You catch the rain one drop at a time.

It comes as no surprise that this idea is often talked about in Classical Christian Education: a slowing down, a going deep, a stillness in the learning.

Three Latin phrases are often talked about when it comes to the pedagogy of a Classical Christian educator.  They flow into each other, swirling in on one another.


MULTUM NON MULTA
(much not many)


REPETITO MATER MEMORIAE
(repetition is the mother of memory) 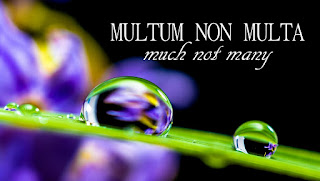 Their combined ripple means that the classroom is a gentle place of learning.  Yes, learning is enjoyable and exciting.  But the pace is calm. Steady in it's rhythm.  Things are taught in a spiral.  Learn one thing well, learn it again, this time adding to it.  Continue to add to it again and again.  Simple addition, over years, grows into calculus.  But, first the child must understand that one and one always make two.  You have to know your facts - your foundations - before you build structures of glass and gold.

These ideas inspire a teacher to teach holistically.  Why not learn the Latin alongside the Science, twist in the art, the music, the literature.  Let it all make sense together - not as individual pieces that must be forced together.  There is logic to be found.  Let's make it easy to be discovered. 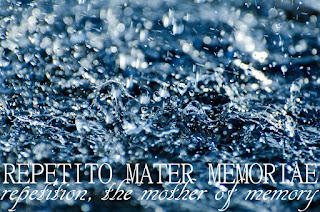 And once found, let's talk about it again and again with the natural ability to be one-track-minded that children often carry.  Let's retell it from a different angle.  Sing it again.  Read it again.  Act it out one more time.  Let's let the knowledge become part of the person.

My lesson plans are stretched out. Stories are read over-and-over.  Tell me: who are the characters, the setting, the plot.  Each day, a new question.  Math plans, too, cover multiple days. We will play with these ideas in our hands until something solid is formed in our brains.  Other aspects of the day tread slowly through the week. Some meander through two or three.  Each thing building on, adding to, what was learned before. And then there are the days of simply slowing down to take account of it all, reminding ourselves not to forget.

Let's not be sloppy with this learning thing.  Let's not learn so that we will quickly forget.  Let's slow it down and learn to keep.  We are catching the truth, so let's not rush it.


To read more about April's ideas on the classroom and Classical Christian Education, look here...

Judy Pearson said…
Wonderful and educative article, i really like the Latin phrases reminds me of my grandpa who used them often when about to pop up some serious meaningful chat. Thank you.
6:46 AM