In the Deep of Winter

In the Deep of Winter lies a day darker than any other: the Winter Solstice.

The light will come, slowly-slowly. But it will come.

We will soon walk through the Winter Solstice, the darkest part of the winter. I have heard somewhere that this day is a reminder that the dark is allowed to go only so far.

It is a reminder that the baby will bruise the head of the snake. That death will have no victory. That dark will not inhibit the light. That even shadows will disappear.

The light is coming.

A long time ago I awoke to the sound of a magnet falling off my refrigerator. A stranger was digging through my refrigerator in the middle of the night. I ended up chasing him away, only for him to come back a few hours later. He didn't want to hurt me, but just wanted the stuff which he had left in a pile. That year was splashed with people intruding my home, my nights – some just attempting and some being successful. In the end, it was my sleep was stolen from me.

Because my alert system had been rallied by a small, small sound, I now listened for anything. My ears, my imagination, my fight or flight… all were awake in the dark. I would pray. I would quote scripture. I would sing. And I would wait for the dawn.

Even now, just remembering, my head feels on fire, and these tears burn my cheeks. I mourn over that season. I mourn for how it changed me. How it ruined a naivete, an innocence. It took two years for me to be able to sleep again. But, now, even ten years later - I mourn for the vestiges that make my stomach turn at a tiny hint of danger, real or imagined.

And in it's place was planted a fear of the dark and a hunger for the light.

I know that this thievery of stuff doesn't compare to the thievery of health, of mobility, of life, of marriage. And so, to say I am thankful for the dark season, seems over dramatic. What do I know of the dark of having a husband leave, a mother sick, a child born still? No. I know nothing about those deep darknesses. 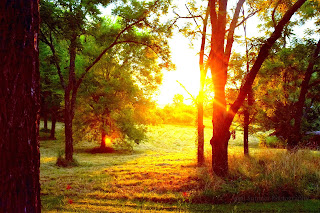 And isn't that grace?

Our sorrows allowing us to crave the morning.

And so, I celebrate this Winter Solstice and the limits of the darkness.

A Song of Ascents.
Out of the depths I cry to you, O LORD!
O Lord, hear my voice!
Let your ears be attentive to the voice of my pleas for mercy!
If you, O LORD, should mark iniquities,
O Lord, who could stand?
But with you there is forgiveness, that you may be feared.
I wait for the LORD, my soul waits, and in his word I hope;
my soul waits for the Lord more than watchmen for the morning,
more than watchmen for the morning.
O Israel, hope in the LORD!
For with the LORD there is steadfast love, and with him is plentiful redemption.
And he will redeem Israel from all his iniquities.